Every day, the clouds of Wyoming bring smiles to our faces!

These big skies produce great stuff to give texture to photographs.

But one day stood out…head and shoulders above the others…for the quantity and the photographic quality of clouds…we spent the day gazing in wide wonder, and moving around to have the most fun for photos!

Coincidentally, we often took shots that did not feature those great Teton mountains! The one above faces the opposite direction from Mt Moran. The next one faces away from the mountains, along the western shore of Spalding Bay, at the southern end of Jackson Lake. 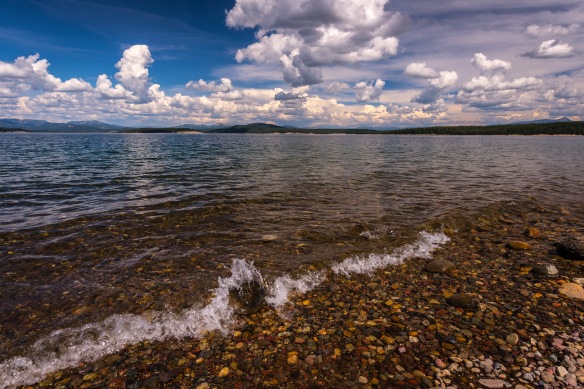 I really hope you click on these photos to have them fill your screen, because the detail in the images provides sooo much enjoyment!

The next photo is the only one today to feature the Tetons. This shot was from the bridge across the dam that releases the Snake River to go onward with its journey. The tree at the far left is rather iconic for this view…its distinctive angle is noticeable in many photos that feature this expanse of water in front of the Tetons.

The Snake River at Oxbow Bend provides a glorious reflection of the Tetons, but on this day I felt the clouds above the opposing shoreline made a more compelling view….

Interestingly, the clouds changed quite a bit very near sundown. We were already on our way home (a 66 mile journey that took 90 minutes), but had to stop just outside Jackson for the following pastoral scene. 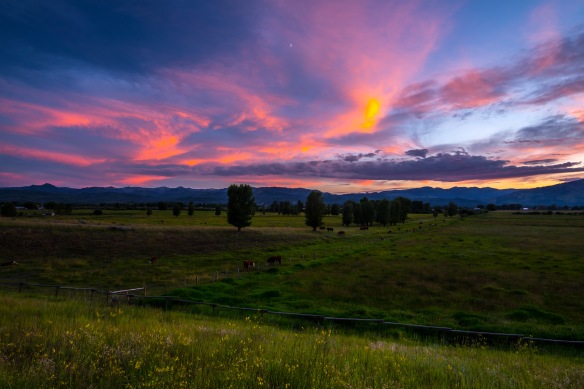 There is soooo much going on in this image! Those clouds are busy enough for two or three skies! There’s even a moon!

But wait, it wasn’t over! Maybe less dramatic, but just as complicated. Even the sliver moon became more prominent! 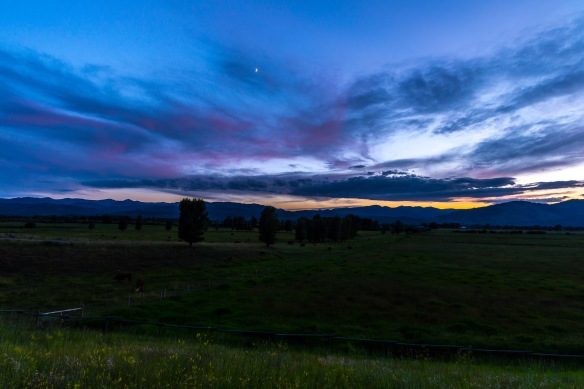