We were driving around Salt Lake City, and heard about some fun at a place called Point of the Mountain.

Nearing the location, we looked up…. 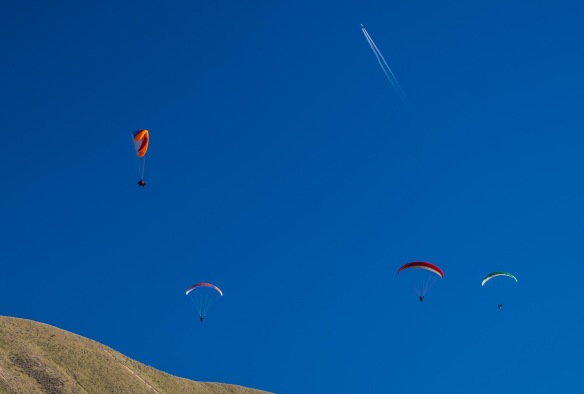 It was crowded up there! 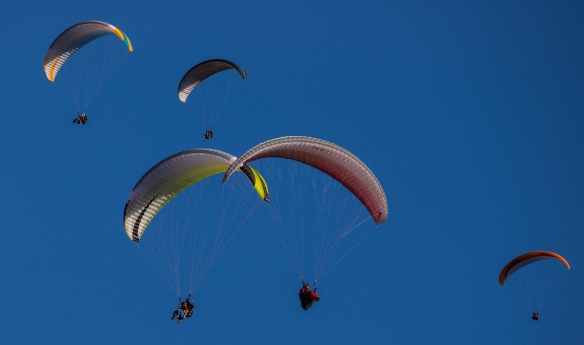 Not everyone was just hanging down and gliding! 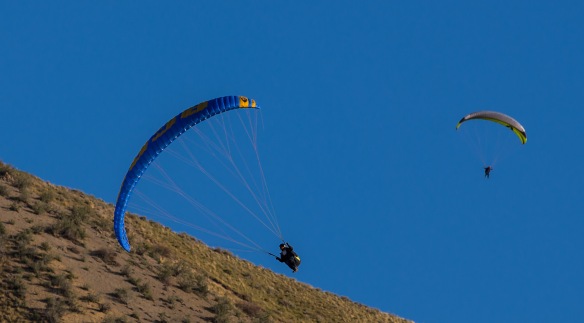 We made our way up to the launch site, and found the parking lot to be jammed with players…and lookers…

This place is considered one of the top locations in the world for paragliding and hang gliding. In the morning, the winds come from the other direction, and there is a launch site on the other side of this mountain!

We counted more than 35 up in the air at once, with constant launches and landings.

Activity actually increased closer to sunset, because the updraft increased at this location! 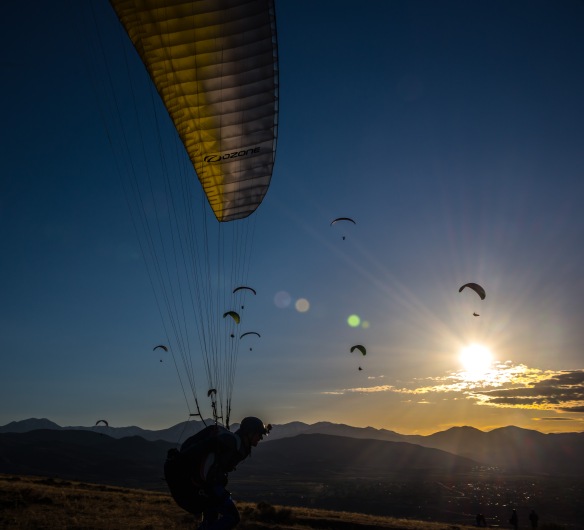 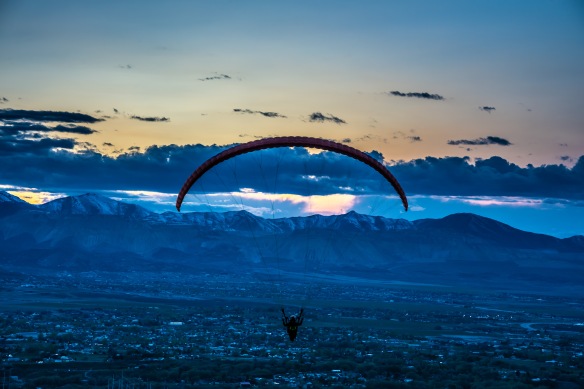 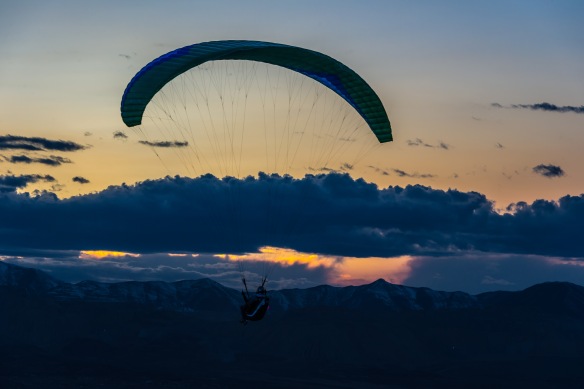 It seemed even the military had to get in on the action…but they kept their distance. 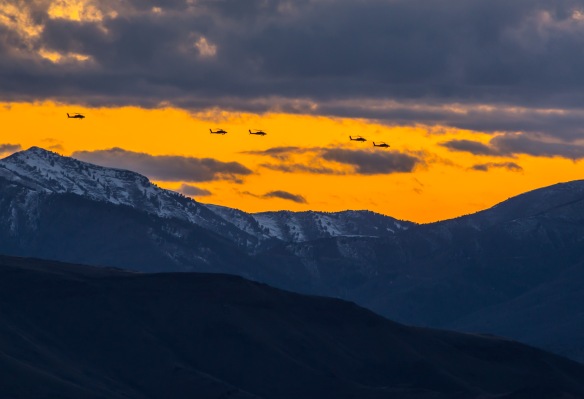 It’s been nearly a month since we started back on the road from the California North Coast to our home base in Dayton, OH.

We made the cross-country run at a high rate of speed…well, in mostly sustained drives each day, stopping for the nights in large parking lots near the Interstate.

Fun was limited to catching some friends who live near where we stopped…to hug and chat out on the pavement, then we had to head inside to catch some shut-eye.

Actually, such a run provides fun because we’re passing through new territory.

We interrupted the 2500 miles for the weekend…in Salt Lake City.

Look what greeted us on the outskirts: 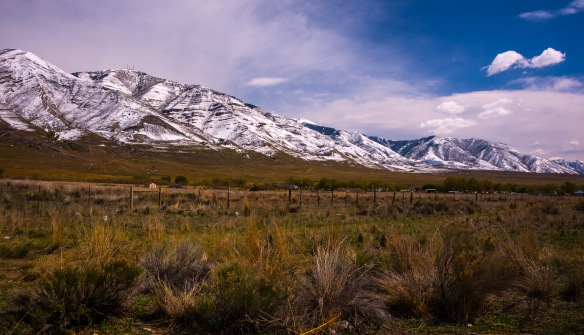 Yep, the day before we arrived, they had snow on the ground in the middle of the city!

We spent some time exploring Antelope Island, an appendage from the city out into the Great Salt Lake. Check out the views! 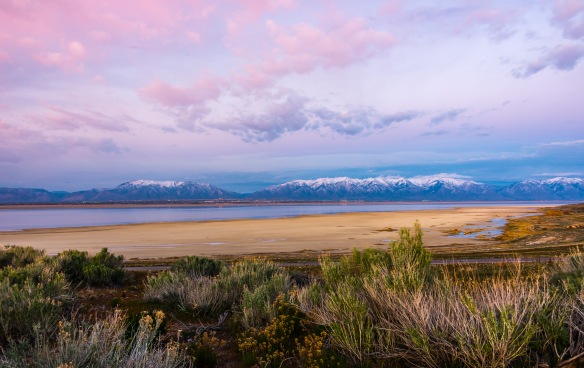 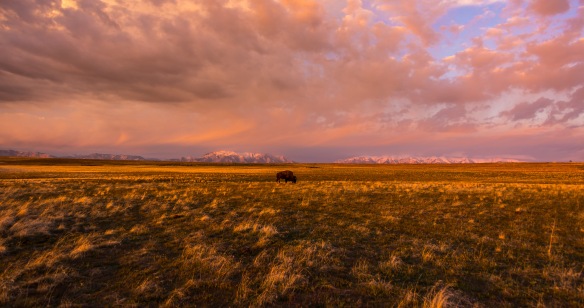 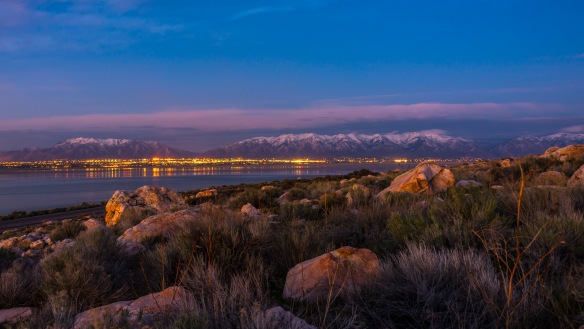 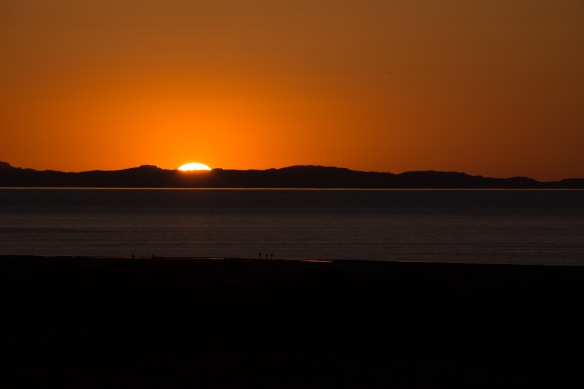 Been up to our eyeballs getting all the work done…stuff that has to happen back east.

Ross and Ryan have had every part of their bodies looked at and poked…everything but had their minds read. They’re okay.

The coach has had the same, and its condition is the same.

Even the Lil Taxi got in on the act…with new tires all around…from running 40,000 miles in the past 11 months!

Here we sit outside Kokomo, IN for a couple days so Robyn can visit her mother and sister.

What should she discover here…far from meaningful bodies of water…well, let me show you: 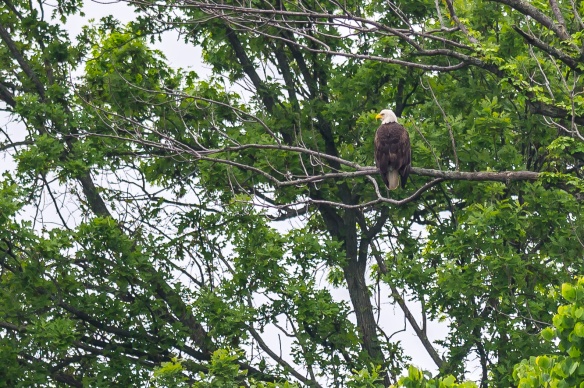 Yep, she has an eye for Bald Eagles. And their nests! Click on this picture to make it fill your screen, and you can just make out the shoulders and head of a young eagle on the nest…