When Jared learned of our tentative schedule to arrive at Sharon’s place outside Charlotte, NC, he said “Ooooo, too bad you’re not coming a week earlier…I’d meet you there!”

HA, turned out a once-yearly event was scheduled near Charlotte Motor Speedway…only place in the world, and only one weekend…

We changed our plans immediately, and bought tickets… 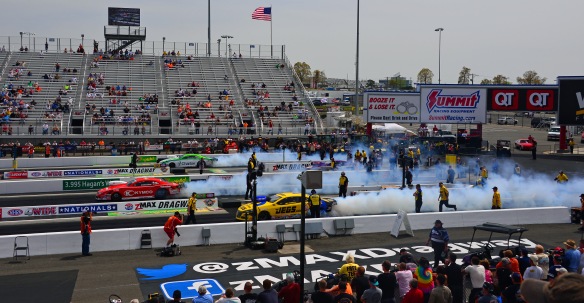 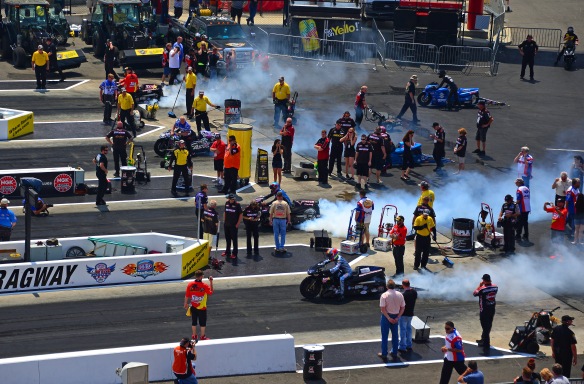 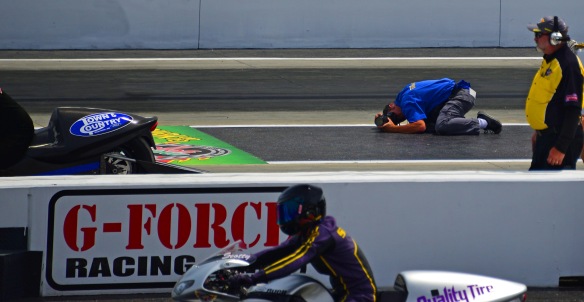 See what I mean? If two cars racing are great, can you imagine how fabulous it was to see, hear, and feel four cars going off at once?

Oh, sorry, you must be a woman…it’s a guy thing. Every guy in the place wanted the job of that photographer for National Dragster. All the other media had to stay outside the concrete barriers to shoot….but HE got to put his camera down on the track between cars and shoot from just feet way!

Robyn and I went to the drags 45 years ago, and we thought it was loud and technologically advanced then…hoo boy, how things have changed!

Now the funny cars and top fuel dragsters put out close to 10,000 horsepower, and between rounds a tractor rolls tires backward on the track surface to lay down even more grippy rubber! 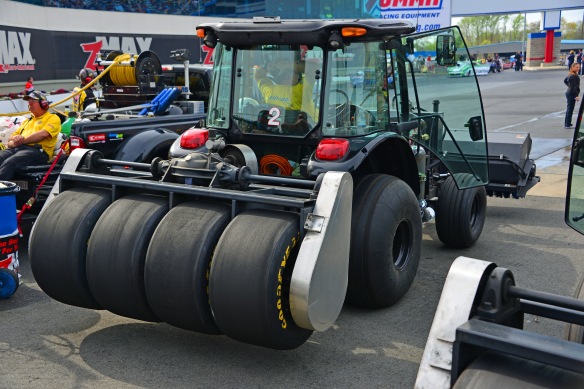 Ever wonder why they call them funny cars? That stripped-down car with no body is transformed by a single piece of fiberglass that can be lifted by one guy at the nose…into a car that can achieve 325 miles per hour in less than 4 seconds! At full throttle, the engine guzzles fuel at about a gallon per second. 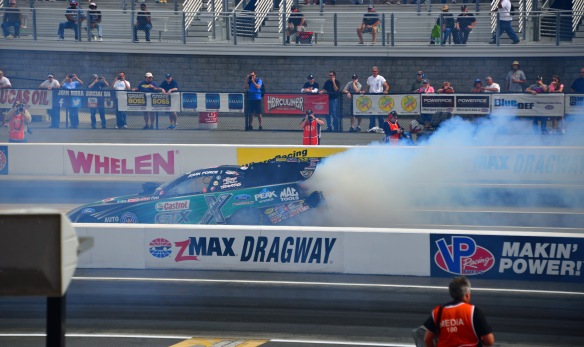 There’s quite a process to actually launching these cars, made even larger when it has to be coordinated for four at a time!

But when they launch…it’s all worthwhile! 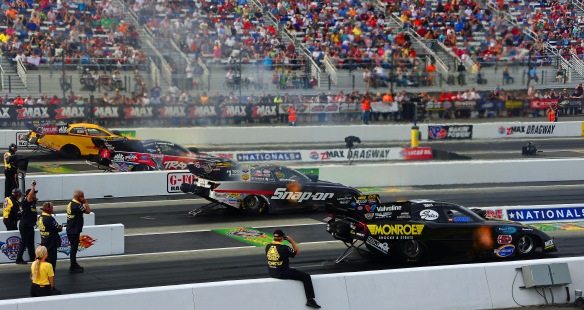 Jared and I moved around in order to catch the views and sounds from all angles. At one point, I was at the start on one side and he was near the end on the other…. 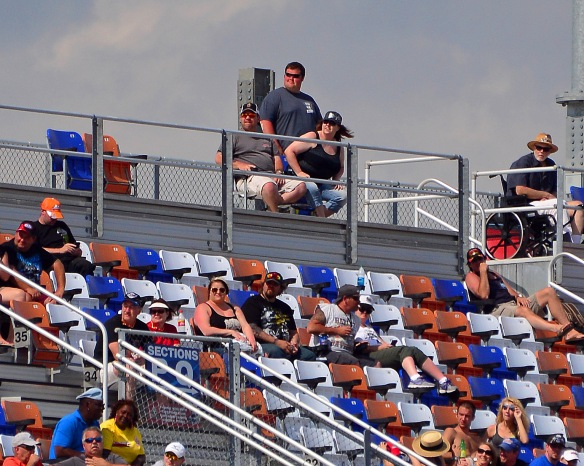 The top dogs at these races are the Top Fuel cars, that run the same engine as the funny cars but don’t have to push all that body work through the air…. 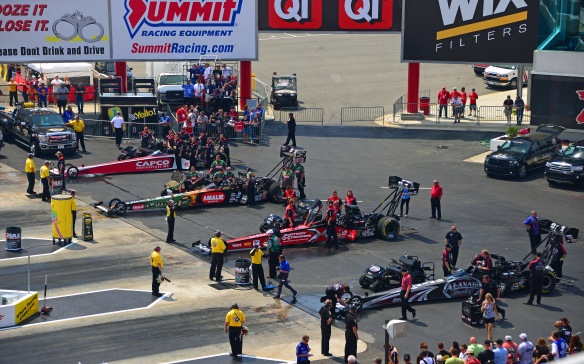 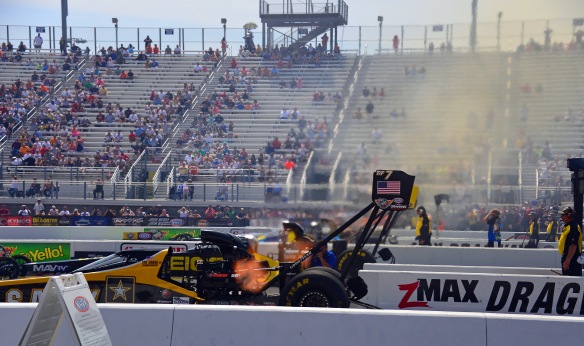 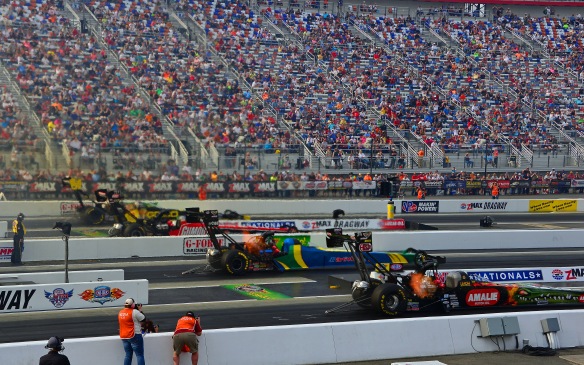