Redwood National Park starts just north of where we’re parked, and runs about 40 miles up toward the Oregon border.

It narrows down in some places to just include the shoreline. It also surrounds several different state parks.

One, just east of Crescent City, is Jedediah Smith Redwoods State Park, and contained within its boundaries is a very special place called Stout Grove.

This photo shows their idea of a parking lot for a trail head! 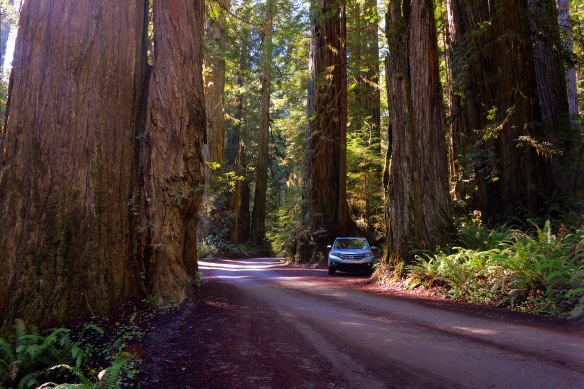 We pressed on along the gravel road, because we’d heard Stout was worth the effort. 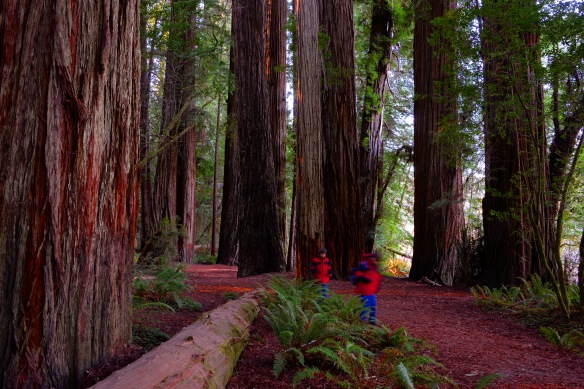 Isn’t that amazing? Stout Grove has been called the most scenic stand of redwoods in the world. It lies within a flood plain that really cuts down on smaller trees growing, so your view of the redwoods is much less obscured.

We arrived kind of late in the afternoon, which was nice for photos with the warm, soft, golden-red rays of sun. 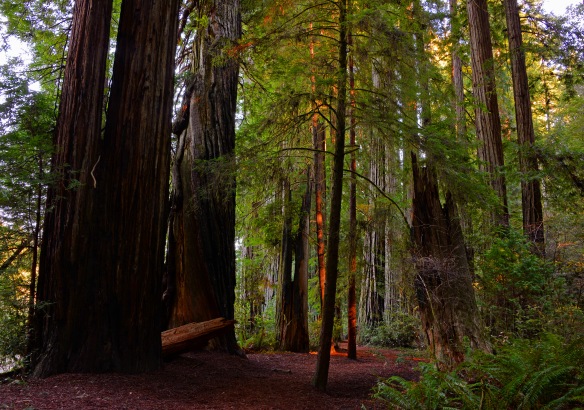 As we headed home, we swung by the waterfront in Crescent City…and caught this scene. I’d say we lead a charmed life, eh? 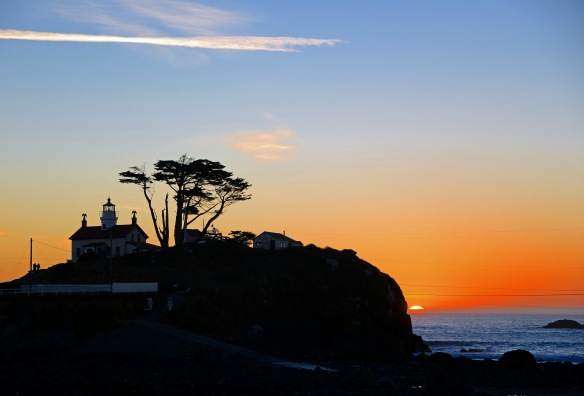 16 thoughts on “Stay away from the water”