For me, the granite cliffs and domes of Yosemite were actually unimaginable….

I was acquainted through the glorious photos by Ansel Adams, but the sheer scale was beyond anything I’ve experienced before. The first view of the valley from our campground was from 3000 feet up on the mountain rim. Half Dome looks like you can reach out and touch it…but it’s about 15 miles away!

From the valley floor, El Capitan rises more than 3000 with straight faces!

The other unimaginable part for me was how changeable the views could be. In warm sunshine, the rocks and valley floor were golden and inviting. In shadow, they were blue and cold. One photo below has both…with snow (actually a heavy hoar frost) on the meadow in the foreground.

We observed Half Dome creating clouds…the air was quite cold, the sun was quite strong, the breeze was constant, and in a matter of seconds little clouds would form, then curl into a line, then combine into a ring, then move down, then dissipate….

Rocks literally fall every day…we observed nothing dramatic…but you can see some dramatic results in the following photos.

After spending a week in the park, some of it is still unimaginable to me. We were unable to reach higher vantage points in several directions due to snow closing the roads, so we’ve missed seeing some lovely alternate views of the valley and domes.

Aw shucks, looks like we need to come back…. 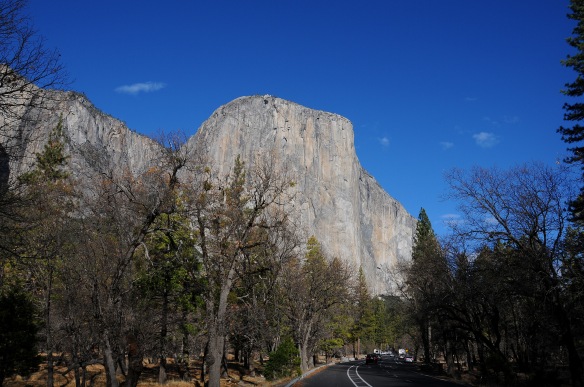 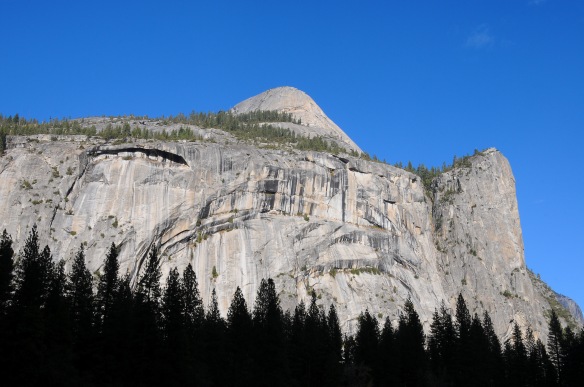 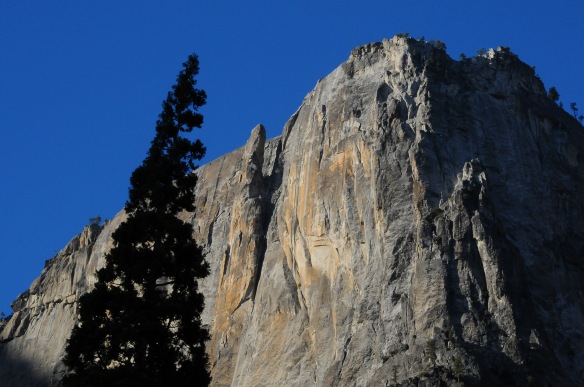 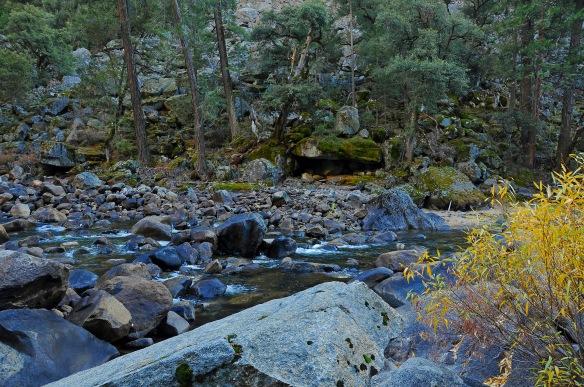 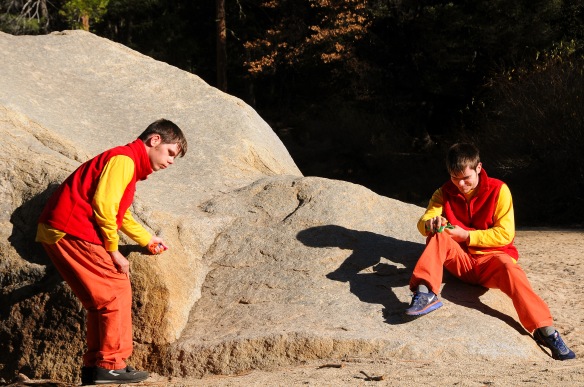 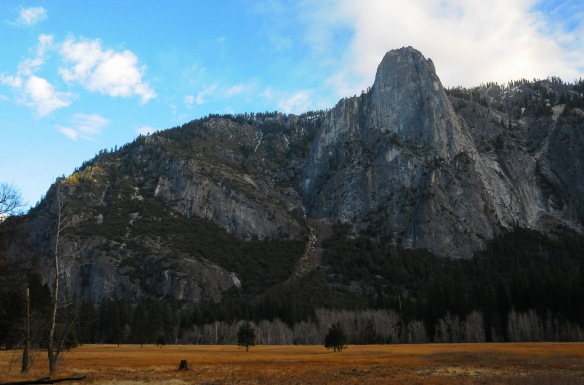 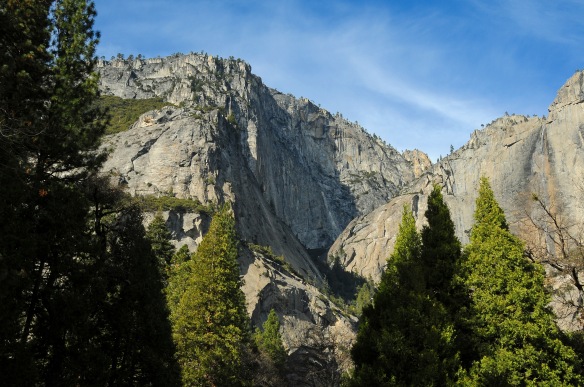