St Ignace has a big fireworks display every weekend of the summer, and this holiday weekend was the final one.

We tourists were in full attendance, and we bumped into a number who were up from the other side of the bridge just to catch the final show!

While there was still some daylight, we checked out a new vantage point we’d heard about for pictures of the Mac.

This one was supposedly used by the surveyors as the bridge was built.

What do you think? 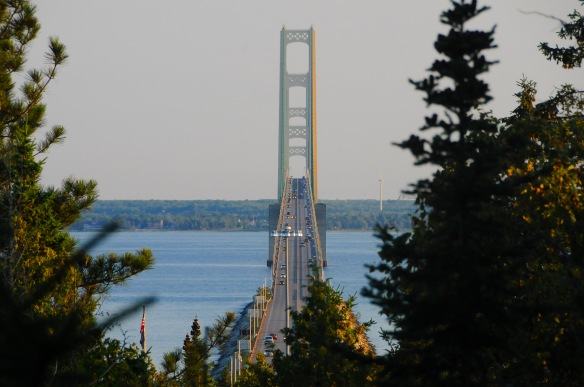 Just before fireworks, we ducked into a restaurant we’d not tried before….The Driftwood. Oh my, a new favorite place for perch!

I know those of you in Dayton just had a rockin blast with the WEBN fireworks in Cincinnati, but there’s just no such thing as too many fireworks! 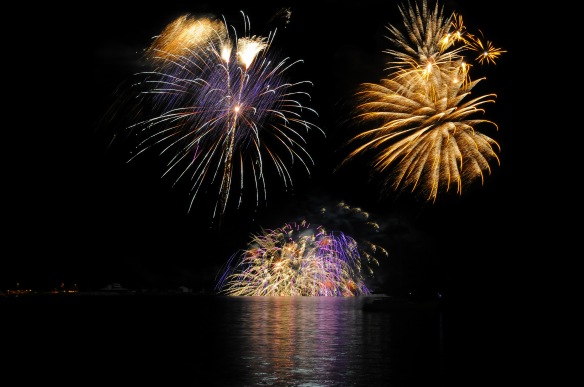 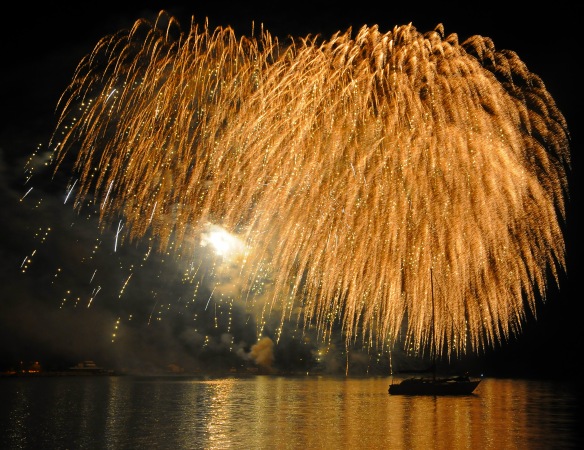 8 thoughts on “Sending summer away with a bang”