We keep pinching ourselves each morning as we wake up…..are we still in this vacation land?

Even though we moved inland from Lake Michigan a week ago, the fun of Up North in Michigan is still everywhere!

Our new location is half a mile from a park that overlooks a bald eagle nest….with one parent in regular attendance, and two immature eaglets that have only just barely learned to fly! Unfortunately, there’s just no way to get closer to them, and they haven’t been flying toward any place from which we could shoot! 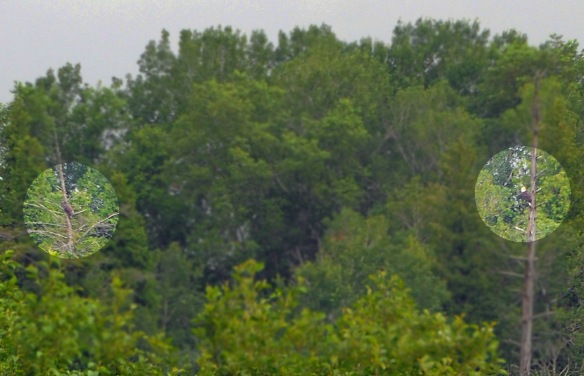 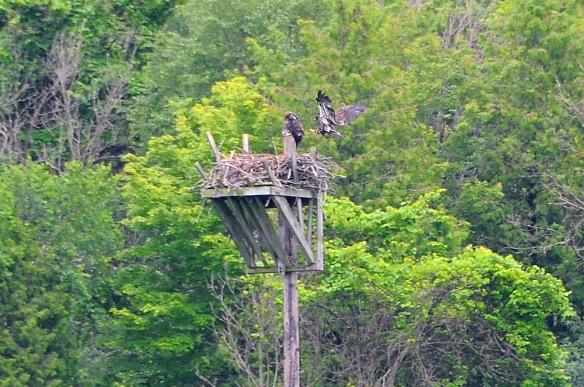 We finally found the Ironton Ferry open, and rode across with a Porsche from Cincinnati! 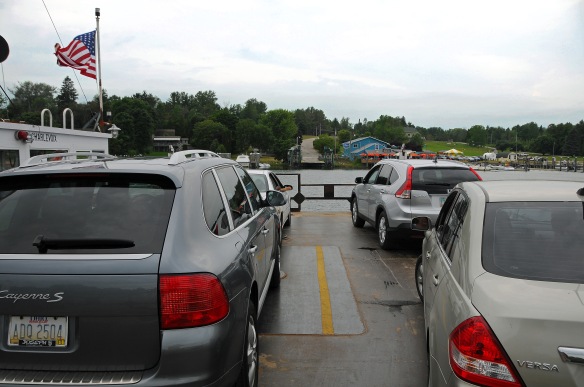 Just down the coastline of Lake Charlevoix, we scouted out a small road that looked promising, partly because the sign for it said “Holy Island”. Ohhh? 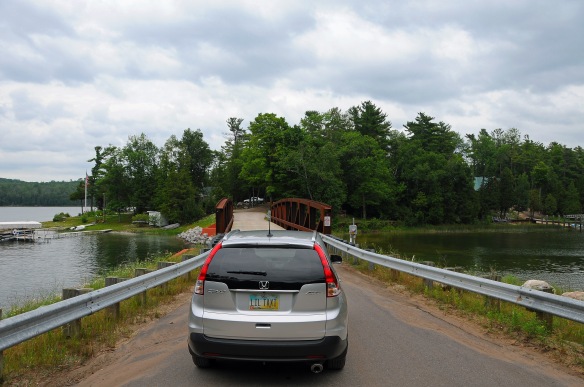 Very unpretentious place. After the single-lane bridge, there’s only a single-lane dirt road down the middle. What a great place for a house…and boat! Oh, and snowmobile.

About 10 miles from the lake we’re parked beside is Torch Lake. It is renowned for its blue color. These pictures only begin to capture the beauty of its water…. 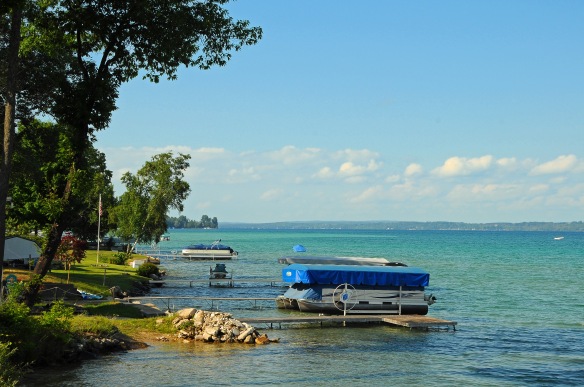 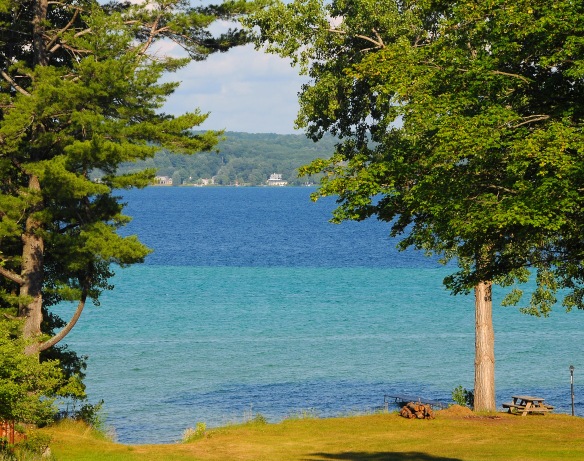 We made a run for the Lake Michigan coastline, and landed between Traverse City and Charlevoix in a town called Elk Rapids. Our luck held out, as we hit town during a street festival with live music and food cooked outside! Ross and Ryan came close to sensory overload, what with the waves on the shoreline, the water gushing & pounding from under the sidewalk overlook, and the glorious sounds of people and music! They took refuge inside the Lil Taxi for a couple periods of solitude…. 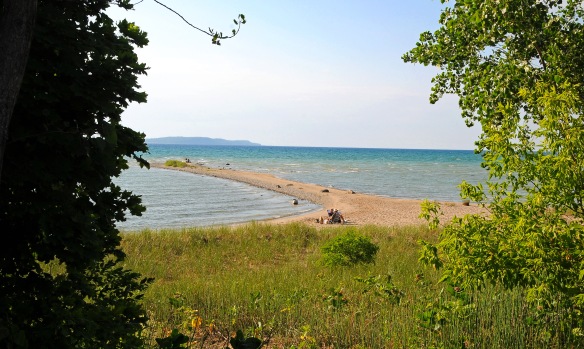 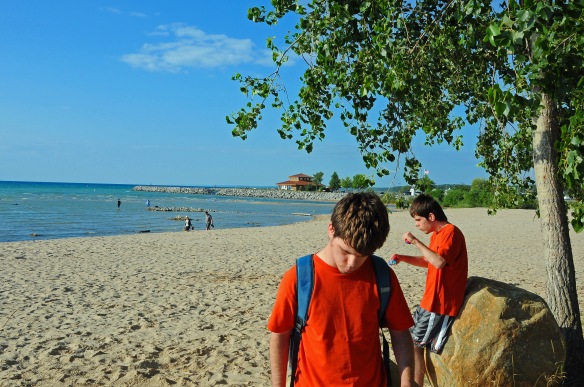 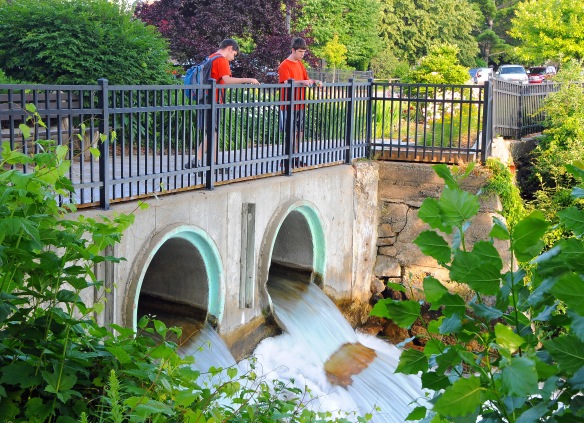 No need to pinch tomorrow….we head south for a week. Going to spend a few days in Kokomo, IN with Robyn’s mother, then two nights in Dayton to accomplish some routine medical contacts (and see Jared!).

But we head back north Tuesday next for a month in Cedarville, MI in the UP. Among other things, we’ll catch the 36th annual Les Cheneaux Islands Antique Wooden Boat Show in Hessel!

6 thoughts on “We’re on vacation!”