We visited the nearby town of Crockett. Not much there, actually. Named for Davy. Located at a spot where he probably camped on his way to The Alamo.

The countryside has changed again. Way north of Houston, it seems to lose some of the rainfall, so the trees are smaller and grassland is more prevalent. We saw many more cows in pastures than anywhere else we’ve been in Texas.

Gentle hills, so the horizon was not usually as vast. Maybe half. 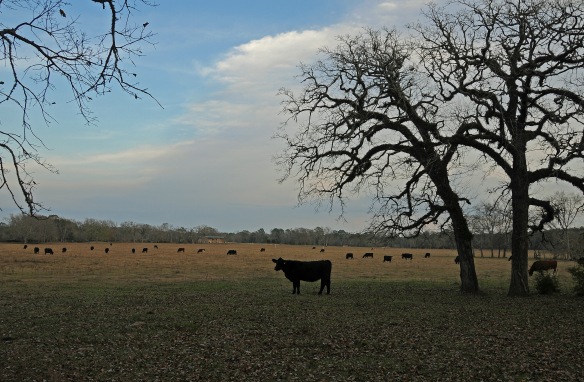 1 thought on “Another day on the hoof”