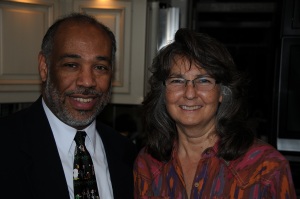 Wow, did we have a great time with Randy Rasch or what?

Yesterday we met him for lunch, and promptly killed three hours of his day! We were classmates back in high school in Michigan. I saw him at our 40th reunion two years ago, but Robyn had not seen him since 1972. He’s the chair of the nursing department at University of North Carolina, with his PhD in nursing, and with certification as a nurse practitioner. He’s the most casual dynamo you’ll run across!

I have specifically not used last names in this blog for a number of great people we’ve connected with, really as a means to somewhat protect their identity…..because they live where so many of you do. Not so with Randy. Nor with Shonagh, who we were scheduled to eat dinner with this evening.

Which brings me to the bad news.

Yesterday we headed out of town toward Shonagh, and stopped for the night in a real nice Lowe’s parking lot outside Greensboro. Fired up the big old diesel generator for the night’s battery top-off. Died in three minutes! Overheating code, but it had hardly been able to warm up.

Quick checked around and found a big Cummins dealer 20 miles back in Greensboro, open until midnight. Spent the night plugged in to their 50 amp service, waiting for a generator tech to come in at 7am.

The morning’s inspection brought the news that the radiator is dead. That probably explains some of the overheating issues this summer. Removed the entire generator, and have to wait for a new radiator to be delivered tomorrow. Takes two days out of our tour, but the staff here have been just fabulous. 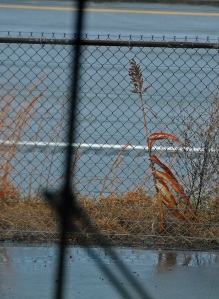 Which brings us to the day’s final point. We’re plugged in outside the shop, with our windshield only yards from an I-40 and I-85 interchange. The noise from traffic is amazing! And although it’s been in the mid 60s, it’s rained all day today. The final two photos show two contrasts just feet from each other. The sweet weed perseveres in the midst of asphalt and chain link. The little sign jars your attention: this fence surrounding our dealership is electified! We’re locked in after midnite until 7am! 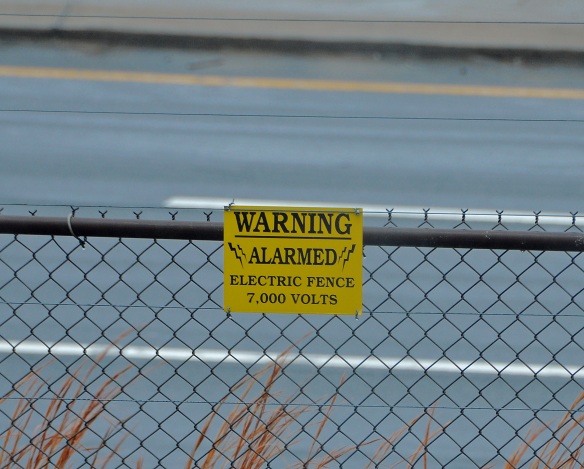